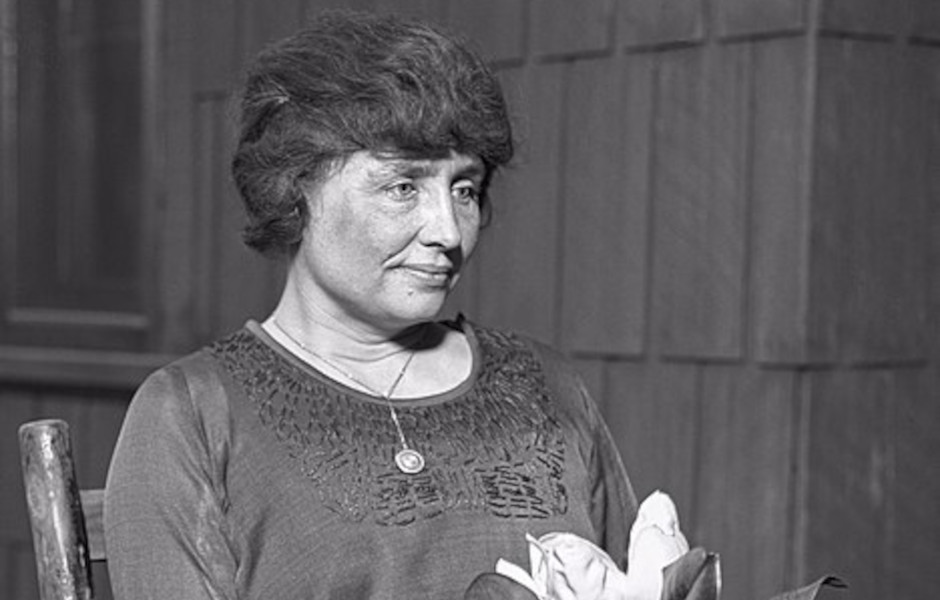 Being disabled does not mean you can’t accomplish great things. Many iconic legends from the past and present live with disabilities, whether or not it was apparent. There are many times it may seem difficult to relate to those in the public eye, but everyone has a story and journey. They are living in and experiencing the same world that we are, from their own perspective.

There are many famous people who have lived with disabilities such as Frida Kahlo and Franklin D. Roosevelt who both had polio, Robin Williams who was diagnosed with Lewy body disease, Elton John who lives with epilepsy, and Helen Keller who was blind and deaf from 19 months old.

What are the 7 Types of Disability?

We all know that disability is a broad term that describes many variables and ways that a person living with a condition is affected. The general term ‘disability’ refers to a condition, whether it be physical, sensory, cognitive, intellectual, mental, or various other types of chronic disease, that reduces a person’s ability to carry out their day to day activities. A disability could fall under any of the following categories:

Spinal cord disabilities – a complete (total dysfunction of sensory and/or motor organs) or incomplete (messages conveyed by the spinal cord are not totally lost) spinal injury. Impairments are mostly acquired from severe accidents that can lead to lifelong disabilities.

Head injury disability – ranging from mild, moderate, and severe, there are two main types of brain injury, acquired brain injury (ABI) and traumatic brain injury (TBI), which could cause cognitive or motor degeneration or emotional dysfunction of the brain.

Visual disability – There is a wide spectrum of visual impairments from mild to full blindness. This could have been present from birth or something acquired over time from aging, a chronic illness, injury, or infection.

Hearing disability – This also encompasses a wide spectrum of impairments ranging from unilaterally, partial to bilaterally completely deaf. This also may have been present at birth or something acquired over time from normal aging, chronic illness, injury, or infection.

Cognitive or learning disability – This may include forms of dyslexia or other learning difficulties, and it also includes speech disorders.

Psychological – Impairments that affect the mood or feeling states, they can either be short or long term, and include mental health impairments.

Who are Some Historical Figures with Disabilities?

While there are certainly a world of people we could mention and discuss, we’ve chosen a few famous figures that we feel are inspirational and noteworthy.

Helen Keller was an American author, disabilities rights advocate, political activist, lecturer, and possibly one of the best known icons of people living with disabilities. Keller was born in 1880 and lost her sight and hearing after a bout of illness which may have been meningitis, influenza, rubella or scarlet fever at nineteen months of age.

At the age of seven, she met Anne Sullivan, who became her lifelong companion. Sullivan taught her language through a series of different methods such as spelling words on Keller’s hand and learning other people’s speech using the Tadoma method.

Keller was the first deafblind person to earn a bachelor’s degree from Harvard University and worked for the American Foundation for the Blind which saw her tour 35 different countries advocating for those with vision loss.

She was also a prolific author having written 14 books and hundreds of speeches and essays. Keller campaigned for those with disabilities, for women’s suffrage, labor rights, and world peace. She joined the Socialist Party of America in 1909. Her autobiography, The Story of My Life became adaptations for film and stage and brought her and Sullivan to fame. Her birthplace is now a museum, her birthday recognised in the State of Pennsylvania as “Helen Keller Day,” and she was inducted into the Alabama hall of fame in 1971, three years after her death.

Often referred to by his initials, FDR was an American politician and attorney who served as the 32nd president of the United States of America from 1933 until his death in 1945. He was a member of the democratic party and won a record of four presidential elections, becoming a central figure in world events during the first half of the 20th century.

In 1921, when Roosevelt was 39 years old he was diagnosed with Poliomyelitis (Polio) and he was left permanently paralysed from the waist down. In 1938, he founded the National Foundation for Infantile Paralysis, which led to the development of polio vaccines. Although he avoided being seen in public using his wheelchair, his disability was well known and became a major part of his image.

FDR directed the federal government during most of the Great Depression, implementing his New Deal domestic agenda in response to the worst economic crisis in US history. His third and fourth terms were dominated by the second world war, which ended shortly after he died in office.

Stephen Hawking was a British Theoretical Physicist, Cosmologist, and Author, and became the director of research at the centre for Theoretical Cosmology at the University of Cambridge. Hawking lived with amyotrophic lateral sclerosis (ALS). He was born into a family of doctors in 1942 and continued the legacy at Oxford and Cambridge universities where he obtained his PhD in Applied mathematics and Theoretical Physics in 1966.

Hawking was diagnosed with an early onset, slow progressing form of motor neurone disease in 1963  that gradually paralysed him throughout the rest of his life. After the loss of his speech, he communicated through a speech generating device initially through the use of a handheld switch and eventually by using a single cheek muscle.

His lifelong work as a theoretical cosmologist continued to produce breakthroughs in the world of physics, and he was the first to set out a theory of cosmology explained by a union of the general theory of relativity and quantum mechanics.

Hawking achieved commercial success with several works of popular science in which he discussed his theories and cosmology in general. His book, A Brief History of Time, appeared on the Sunday Times bestseller list for a record-breaking 237 weeks. Hawking was a Fellow of the Royal Society, a lifetime member of the Pontifical Academy of Sciences, and a recipient of the Presidential Medal of Freedom, the highest civilian award in the United States. In 2002, Hawking was ranked number 25 in the BBC’s poll of the 100 Greatest Britons. He died on 14 March 2018 at the age of 76, after living with motor neurone disease for more than 50 years.

Legendary Mexican painter, Frida Kahlo, is one of the 20th century’s most important artists and an avid advocate for the Mexican revolution. Born in 1907, she is known for paintings about her chronic pain and is almost as famous for her journey in life as she is for her artwork. Frida was disabled by polio at age six which left her right leg weaker than her left. She didn’t let that hold her back, but as she was heading into medical school at the age of 18, she was in a terrible trolley car accident which left her with a series of horrific injuries, including a broken spine, a broken pelvis, and a pierced abdomen. The accident caused her lifelong pain and medical problems, which is one of the main reasons she turned to art.

Her interest in politics and art led her to join the Mexican Communist Party in 1927, which is where she met her future husband, artist Diego Rivera, whom she married in 1929. They travelled around Central and North America in the early 1930s while she developed her artistic style. Kahlo had solo exhibitions in New York and Paris in the late 1930s and her first and last solo exhibition in Mexico in 1953, one year before she passed away at the age of 47.

Kahlo’s work remained relatively unknown until the late 1970’s when it began to get recognised by art historians and political activists. She is now an internationally recognised figure in art history, an icon for Chicanos, the feminist movement, as well as the LGBTQ+ movement and she is also emblematic of Mexican national and indigenous traditions.

Which Celebrities have Disabilities?

Woody Allen, the three time Oscar winner believes he is on the autism spectrum, although it has never been officially diagnosed. The writer, director, actor, and musician is among the more well-known actors with autism.

Peter Dinklage, has a form of dwarfism, achondroplasia, which affects bone growth, but which was also pivotal for his role as Tyrian Lannister in the HBO series of Game of Thrones.

Christopher Reeve, who is almost synonymous with Superman, suffered a spinal cord injury while horseback riding and was quadraplegic for the remainder of his life. Reeve spent his later years dedicating his time and resources to spinal cord injury research before he passed away.

Keira Knightley is a well known British actress. She was diagnosed with dyslexia at age six, which was the reason she went into acting. She promised her parents she would focus on learning to read if they hired an acting agent for her. Over the summer, she used Emma Thompson’s adaptation of Sense and Sensibility as her reading material to learn.

Michael J. Fox, the award winning Canadian-American television and film actor best known for his role in Back to the Future, was diagnosed with young-onset Parkinson’s Disease at the early age of 29. Since disclosing his condition in 1998, he has campaigned with his Foundation for Parkinson’s Research for greater awareness and efforts to treat and manage the illness.

RJ Mitte is most famous for his role as the son of Walter White in Breaking Bad where he portrayed a character living with cerebral palsy, which he also lives with in his own life.

Elton John, the English singer, songwriter, pianist, and composer, has lived with epilepsy for many years that was initially triggered by an addiction to drugs and alcohol early in his career and first presented after a serious overdose.

Stevie Wonder, the 25-time Grammy winner, singer, and pianist, has been blind since he was a baby after suffering from retinopathy caused by prematurity. He used his voice and his musical ability to raise awareness for people with disabilities.

Robin Williams was a great comedian and actor who brought joy to so many during his years on the screen. Later in life, he was diagnosed with Parkinson’s disease and tragically killed himself at 63 years old. His autopsy showed his misdiagnosis and determined his true condition as Lewy Body Disease, a lesser known illness that can cause psychiatric dysfunction.